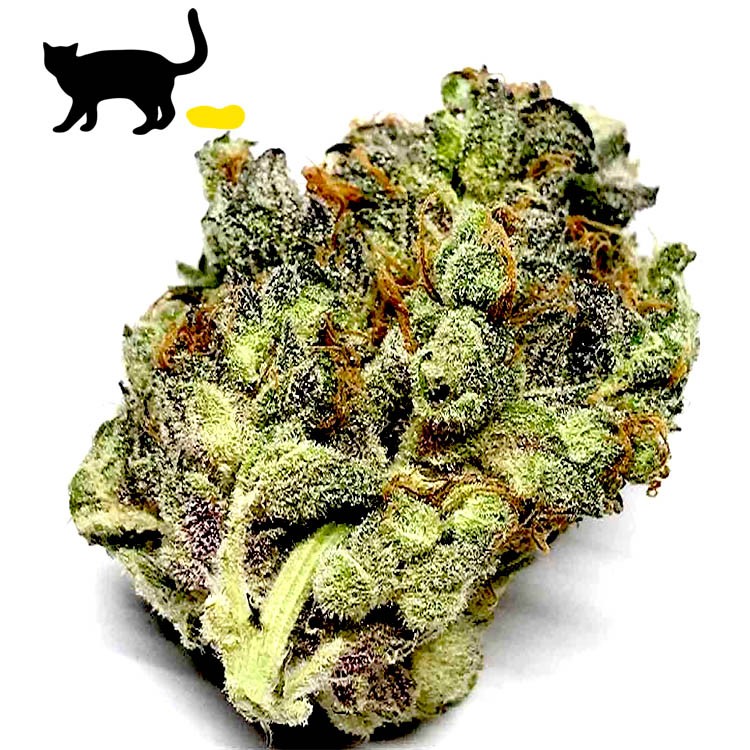 Cat Piss is a strain that gained fast popularity amongst many cannabis users for medicinal and recreational purposes. Users report feeling joyful and productive after consuming this strain. Despite the unappealing nickname, most users advocate keeping food on hand while using Cat Piss. The aroma of cat piss is sweet, and the taste is like pine. Some people have compared the smell of this strain to that of cat feces, hence the name.
To put it simply, Cat Piss is a Sativa-dominant variant of Super Silver Haze. Cat piss often contains between 12% and 20% THC. The high is generally described as euphoric, putting the user in a state of deep satisfaction and even joy. Although some users report feeling a mild energizing effect in their bodies, this drug is primarily responsible for mental effects. Be prepared to feel the munchies as a result. Some people who experience nausea and/or loss of appetite find relief from this strain by taking advantage of its "munchies" effect. This is an excellent wake-and-bake strain, meaning it's best consumed in the morning before breakfast to help jumpstart the day.
Extreme opinions have been voiced about this strain of cannabis. It's either universally adored or universally despised. Many cannabis consumers who have tried it rank it highly because of the head rush it gives them. Users have reported feeling favorable emotions such as calm happiness and creative inspiration. Users may also develop psychosis and dizziness in addition to the common side effects such as dry eyes and a cotton mouth. Some consumers also report experiencing headaches while taking this strain.
People who suffer from tension and worry often turn to Cat Piss because of the Sativa features of its high. Many also turn to it to combat the crippling effects of long-term depression. Some people who suffer from minor aches and pains on a regular basis have said that Cat Piss is a great way to jumpstart their day because of the energy it gives them. Many users report feeling invigorated despite experiencing a little body high from this strain. As an added bonus, cat piss has anti-inflammatory properties.
Cat Piss is a clone-only strain that was originally a phenotype of Super Silver Haze. Since then, a second strain with the same name has emerged, and it's generally agreed that it's a hybrid of the original and Trainwreck. The cultivation of authentic Cat Pisses is equally successful indoors and out. With proper care, it may develop a respectable number of trichome-covered buds, and it has a reputation for having a reasonable yield. For more information on this strain and other hybrid strains, check out our website
Previous Post
Next Post